My third trip back to New York was for my best friend’s wedding. Shannon and I met in sixth grade, became friends in seventh grade, and BFFs in eighth. So it’s been nearly 30 years. We went through junior and senior high in a teeny-tiny Christian school, with a graduating class of 13. No, there are no zeroes left out of that number. Ergo, we were a tight bunch, and pretty much remained so, especially considering that we’re all now in our 40s. So as broke as a joke as I am, when she told me she was getting married, I had to find a way to be there.

My second trip to New York had been last June for Nanny’s funeral. Very few days have passed since then that I haven’t at least teared up, and some days I still full-out sob. I didn’t know what it would be like to return to her house. My aunt hasn’t sold it, and when she graciously said that Josh and I could stay in it, she warned us that it was very different — messy and dusty and I honestly couldn’t have cared less. It was a house I kissed the walls of when I said goodbye to it last year. It is my favorite house in the entire world, one I’ve known my entire life. Just to be back inside those walls was literally a dream come true.

Stepping into the house felt like one, as well. “Beep-beep-beep-beep” went the dutiful security system, as I braced for the absence of her once-bouncing, later-shuffled footsteps at the door. I’ll write more about this another day, after it’s had a little more time to settle. But for the record, my aunt as usual was being humble, and clearly had worked so hard on the place, even cleaning out a bedroom and bathroom for us.

That night, I sat in my Pop-Pop’s chair, the most comfortable one in the world, even after all these years. It was where he sat during every gift-opening time at Christmas, until he passed and my cousin Albert took over, as an honor to our grandfather as much as for the primo living room real estate. Sitting there made me feel reverent, almost like I was in a place I shouldn’t be. I cried (obvi), read Wild, and just looked around, trying to absorb. That was when I posted on Facebook: “If every time I return to NY, every fiber of my being screams it wants to stay, I feel like I should listen.” Reactions were mixed, including mine as I wrote and felt it. I think I was almost trying to will Kansas back to me, to bring back my own Auntie Em and Uncle Henry. First I just needed to click my heels back to the place I knew deep down would and could never exist again. 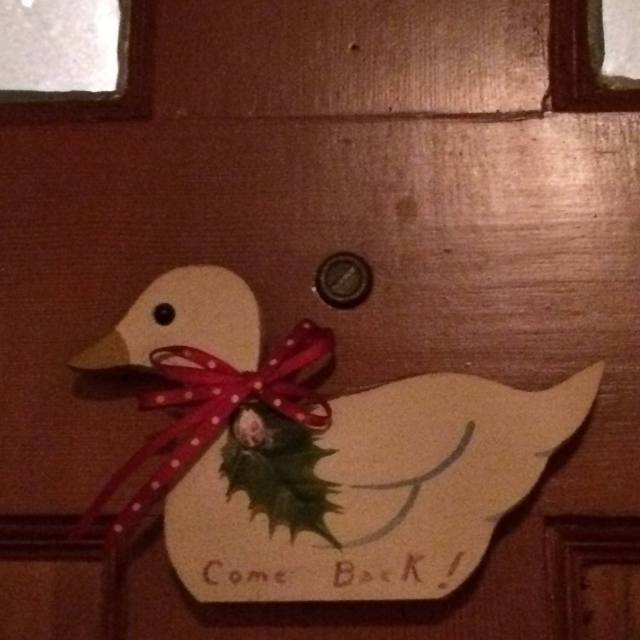 2 Responses to Back to NY, Day One — Nanny & Pop-Pop’s House