I still haven’t unpacked from my trip to New York and my grandmother’s funeral, which was three weeks ago.

The night I got back, it was late and I was exhausted and very emotional. I did take a few things out that I’d brought from Nanny’s, to make it feel like rather than having left the house, and rather than having Nanny be gone, I’d simply taken part of it and part of her back to Colorado. Maybe my current apartment could help represent the beautiful home she’d made back in Merrick.

But three weeks later, it’s mostly still scattered about the futon. My parents had taken things I couldn’t fit in my suitcase in the car with them, as they’d made a road trip home rather than fly. The day my mother gave all that to me – mostly beautiful capes that I will wear with pride and tears this winter – I couldn’t even deal at all. I just put the breakable things in the garage, high enough so that if we flood this summer, they will be safe. The capes are still in my trunk.

I think there is a completely irrational part of me that’s been feeling like if I just leave everything as it is for now, somehow it will go back to the way it was.

While every inch of Nanny’s house was filled with memories, there was only one thing I knew for sure that I wanted, so long as my aunt was okay with it: a banner of a blonde boy and girl. I doubt that “banner” is the right word, but it’s what I knew it as. It was Austrian and from Stowe, Vermont, but I didn’t know that either. I always just knew that it was on the door of “my” room when I was little, what later became the plant room, and later still, Nanny’s bedroom when she could no longer do stairs.

I don’t think that I’d ever seen that door without the banner on it. So even though I knew I wanted it, I couldn’t take it down and put it in my suitcase while I was staying there. My mother finally took it down quickly and quietly on the morning that we left for JFK Airport.

So the banner was part of what Mom gave me when she got back. But when I was putting the other things away in my garage, I simply couldn’t do that to the banner. It should always be hanging, never hidden. So I put it up on a nail, for now.

And soon it will be hanging proudly in a home again, once I pull it together and put everything away. Keeping things messy in my own home doesn’t mean that Nanny’s won’t get sold. Keeping my suitcase on the floor of the spare room won’t transplant me back to New York. Even if I could move back to New York tomorrow, holding my breath and clicking my heels won’t bring her back. New York will always be my home, but it will never be the same.

In the meantime, I have a pretty great home, and a life to live out here right now. “Growing old is not for sissies,” Nanny always said, and neither is growing up.

Nanny’s home was always filled with so much life – flowers, pictures and figurines of smiling children, Santa Claus soaps at Christmas. She gave that of herself, to us. She was not a fussy homemaker, but a joyful one.

I won’t let three weeks become four, like this. By next Sunday, everything will be put in its place, and the banner will be hanging not in the garage, but on the door to the spare room, the way it should. And when I clean, I’m not going to get upset at myself for letting it stay messy. I’m going to think, WWND?, and act accordingly. 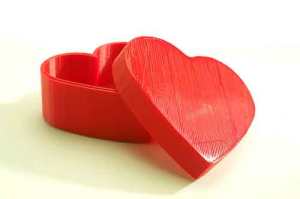